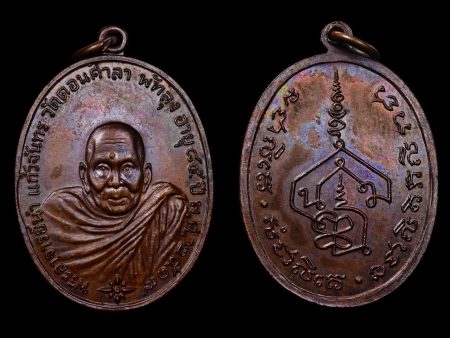 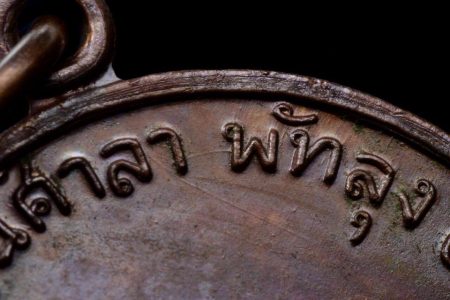 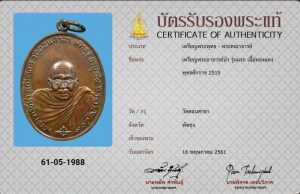 Rian Acharn Nam, Roon Raek, Wat Don Sala, was consecrated in B.E.2519 when he was 85 years old. It was also consecrated to coincide with the ceremony of Fang Look Nimit (burying of “planets”) for the Ubosot of Wat Don Sala, Pattalung province. Acharn Nam inscribed Yantra on 108 pieces of gold, mixed alloy and silver plates and also inscribed Katha on 5 kilograms of pure silver. He instructed all the metals to be melted along with Lohak BaanChiang (old metal over 1000 years old), and also with many old Thakruds which were handed down to him so as to create the raw material for the medals. This batch of medals was then prepared to be consecrated and to be presented to the King. This batch of medals were classified as the 1st batch medals of Acharn Nam and the amount created was 20,000 pieces in Nur Thong Pasom (mixed metal).

Acharn Nam is famous throughout Thailand and even Luang Pu Pherm, Wat Klang Bang Keaw, instructed his disciples to pay their respects to Acharn Nam when he was invited to a chanting ceremony in Wat Klang Bang Keaw in B.E.2518. Devotees and committee members who were present at the B.E.2519 ceremony in Wat Don Sala witnessed the miracles of Acharn Nam. When he started to bless the medals, they produced loud clanging noises as the pieces were jumping around and hitting against one another in the box, all the time until the ceremony came to an end. The faithful devotees who wore this batch of medals have had many miraculous experiences to share even until today and there are too many to be recounted. It is not easy to find a genuine piece due to its popularity and the price for this batch of medals has risen steadily over the years.